Warning: "continue" targeting switch is equivalent to "break". Did you mean to use "continue 2"? in /var/www/vhosts/spiess-consult.de/typo3/typo3conf/ext/realurl/Classes/Hooks/UrlRewritingHook.php on line 617
 References | Annual Reports | Körber AG | SpiessConsult

The development of a company story to bring together the more than 30 international independent production companies in the Körber Group formed the basis for the annual reports for this successful organisation. Based on this, SpiessConsult designed the annual reports for 2007 and 2008, which interpret the values, strengths and alignment of the overall company.

Körber AG is an operating management holding company that oversees the Körber Group with the four divisions: Tobacco, Paper, Machine Tools and Pharmaceutical Packaging Systems. The four Group divisions as independent units are each headed by a management company which oversees, controls and monitors the operating activities in the respective Group division. Körber AG is not a stock market-listed company. It has only one shareholder, the Körber Foundation.

More than 30 international, independently producing companies are merged under the umbrella of Körber AG. In order to communicate the picture of a self-contained group of companies, a company story was developed to describe the values, strengths and alignment of the company as a whole to existing markets and to future competitors. This concept also provided the strategic basis for the Körber annual reports, which were looked after in 2007 and 2008 by SpiessConsult. 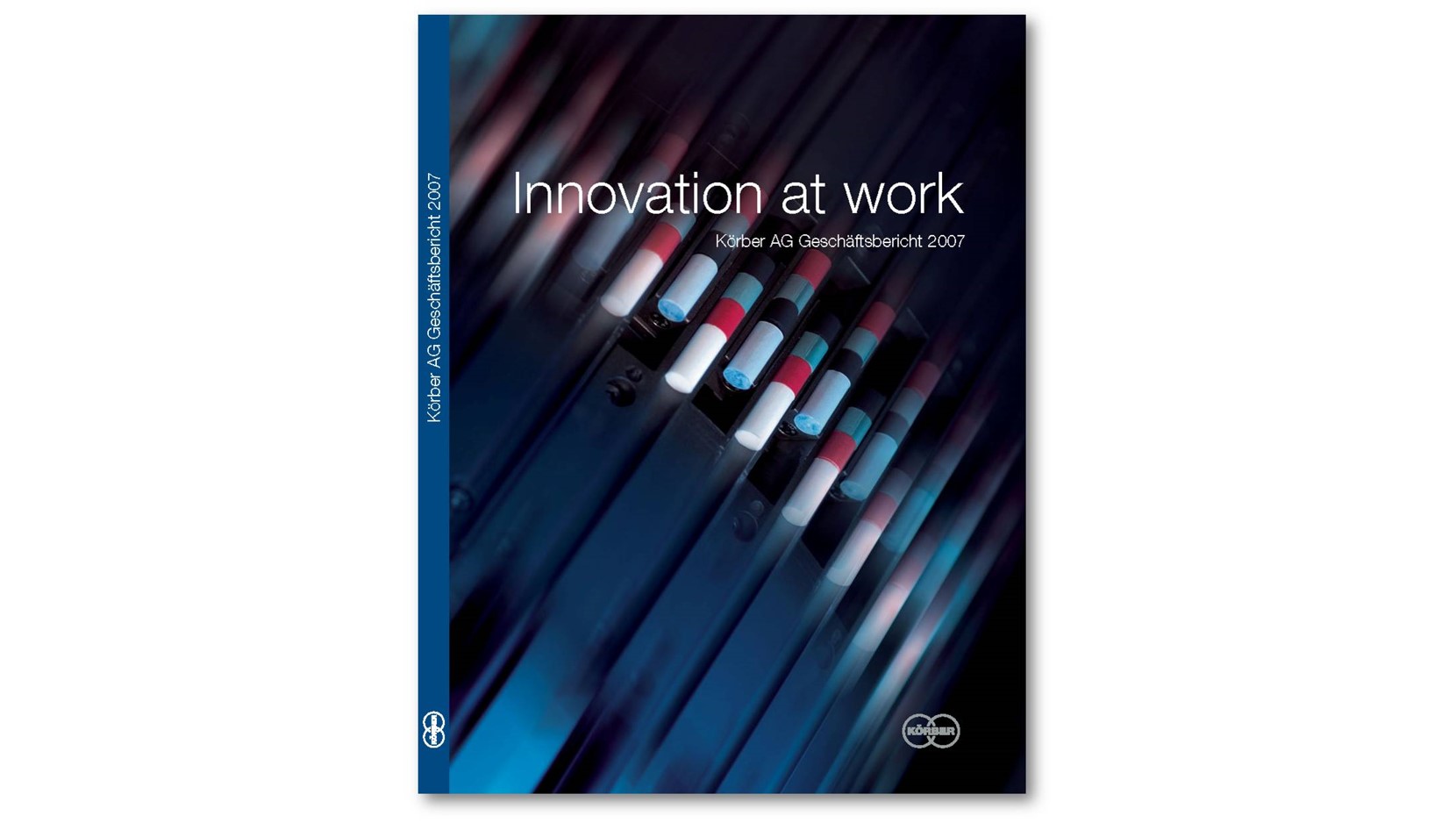 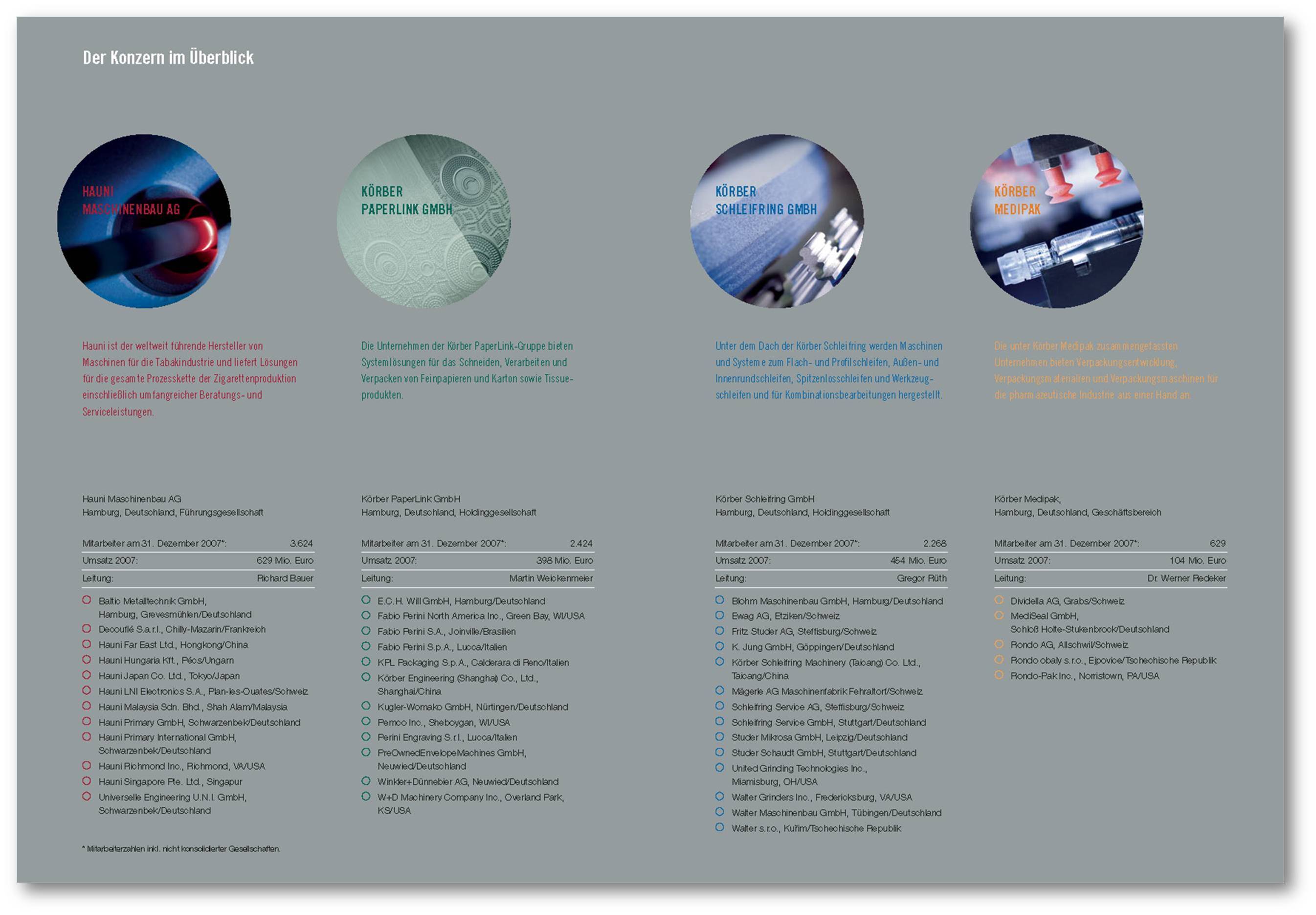 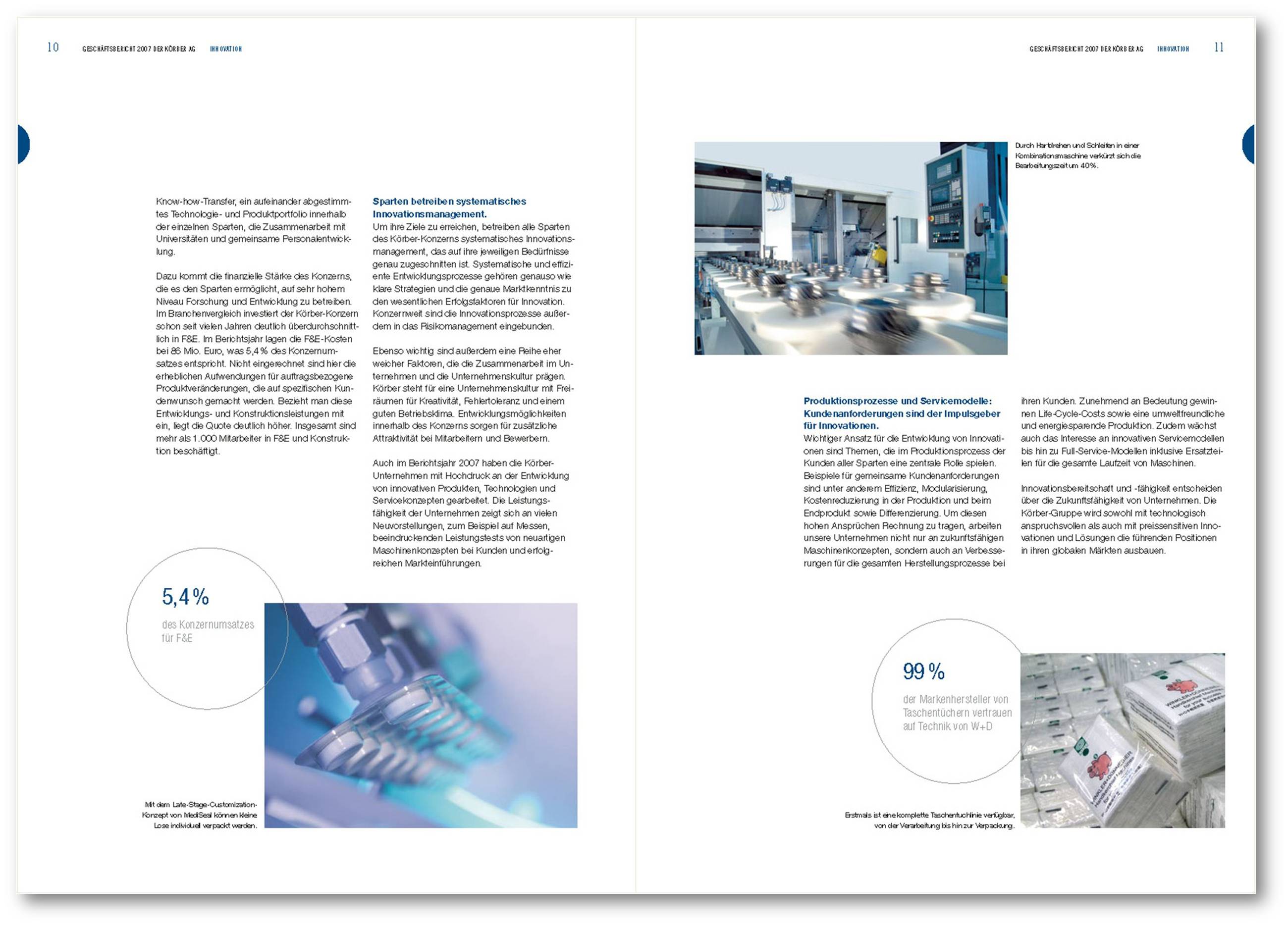 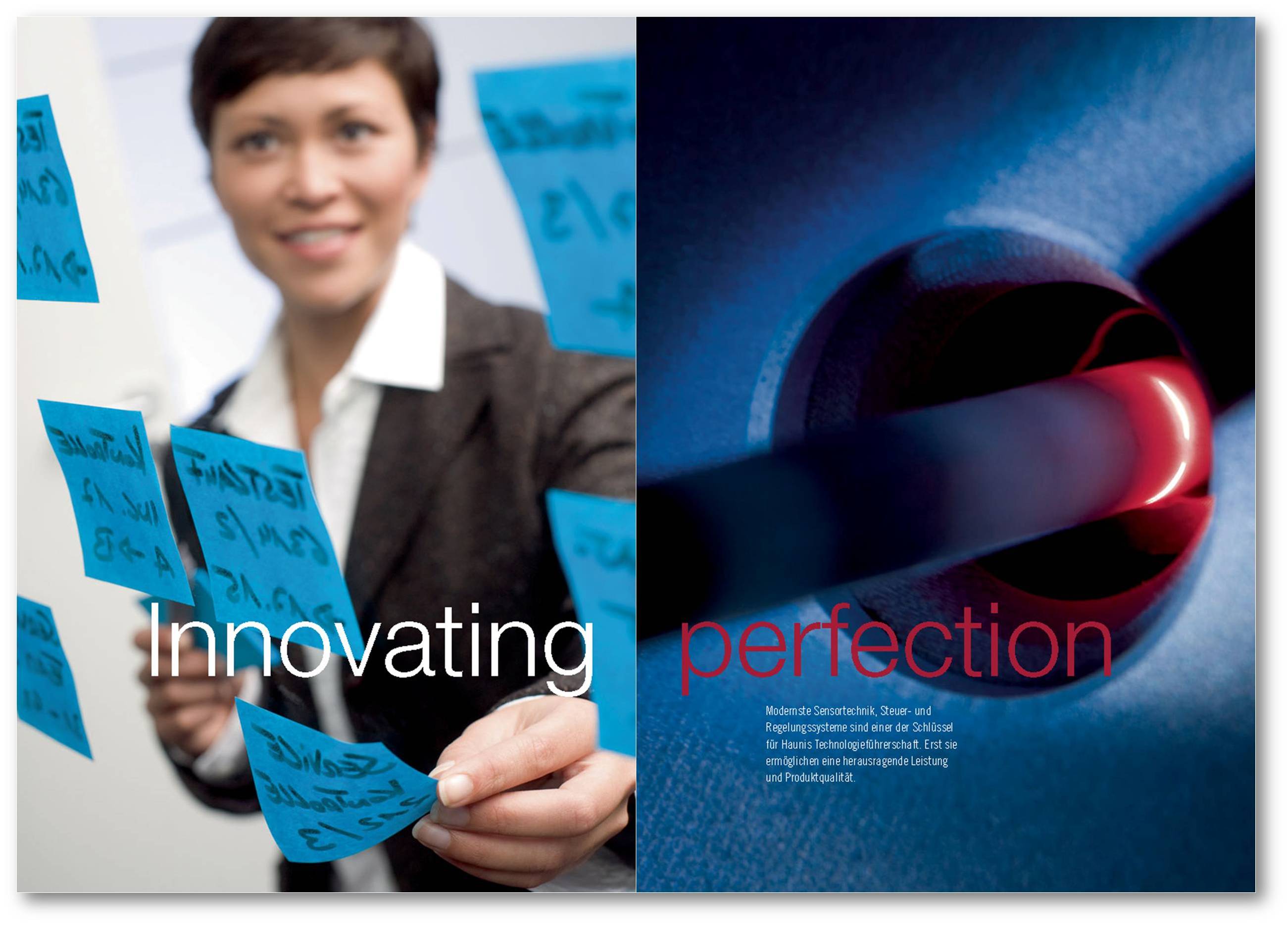 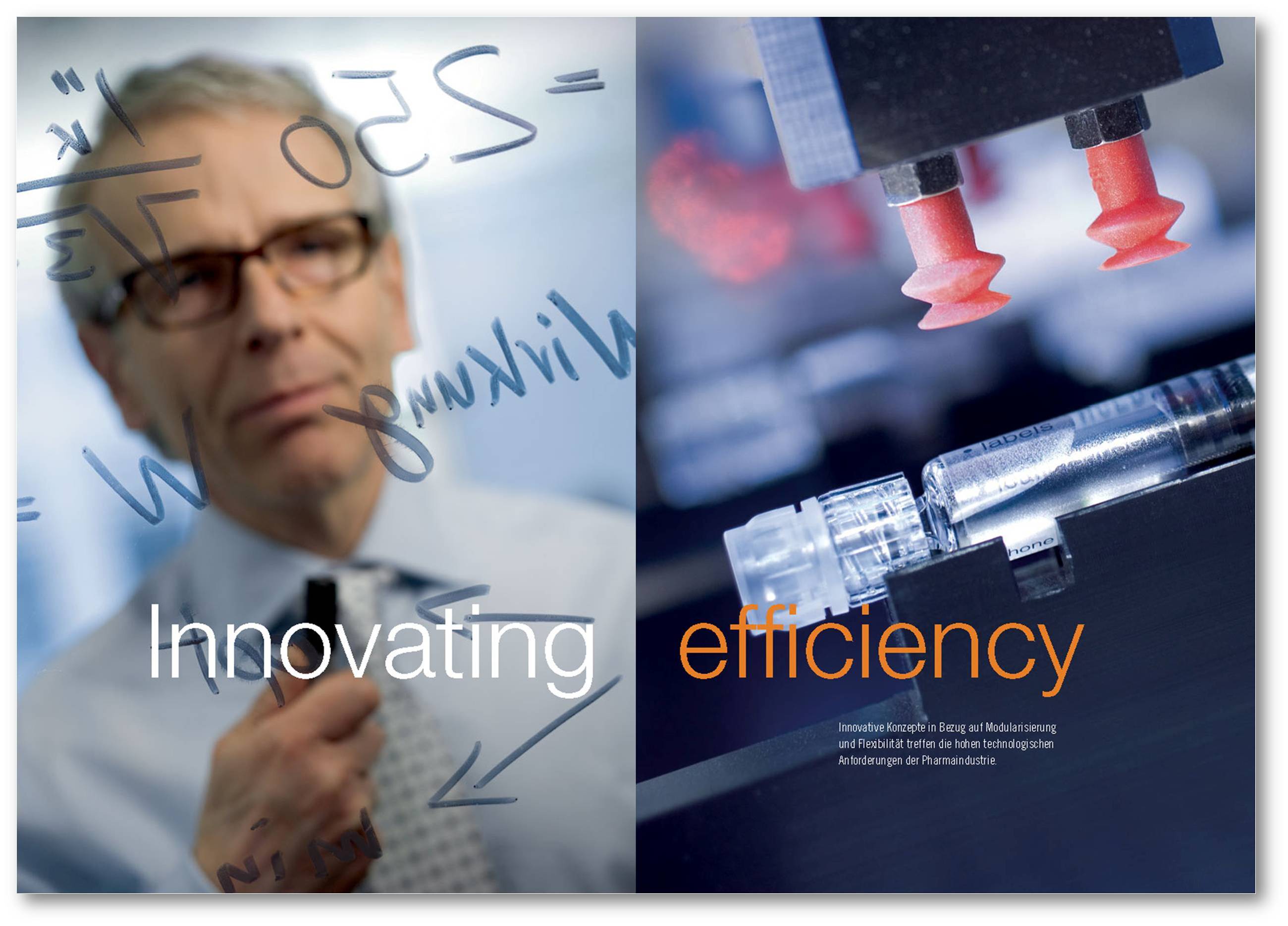 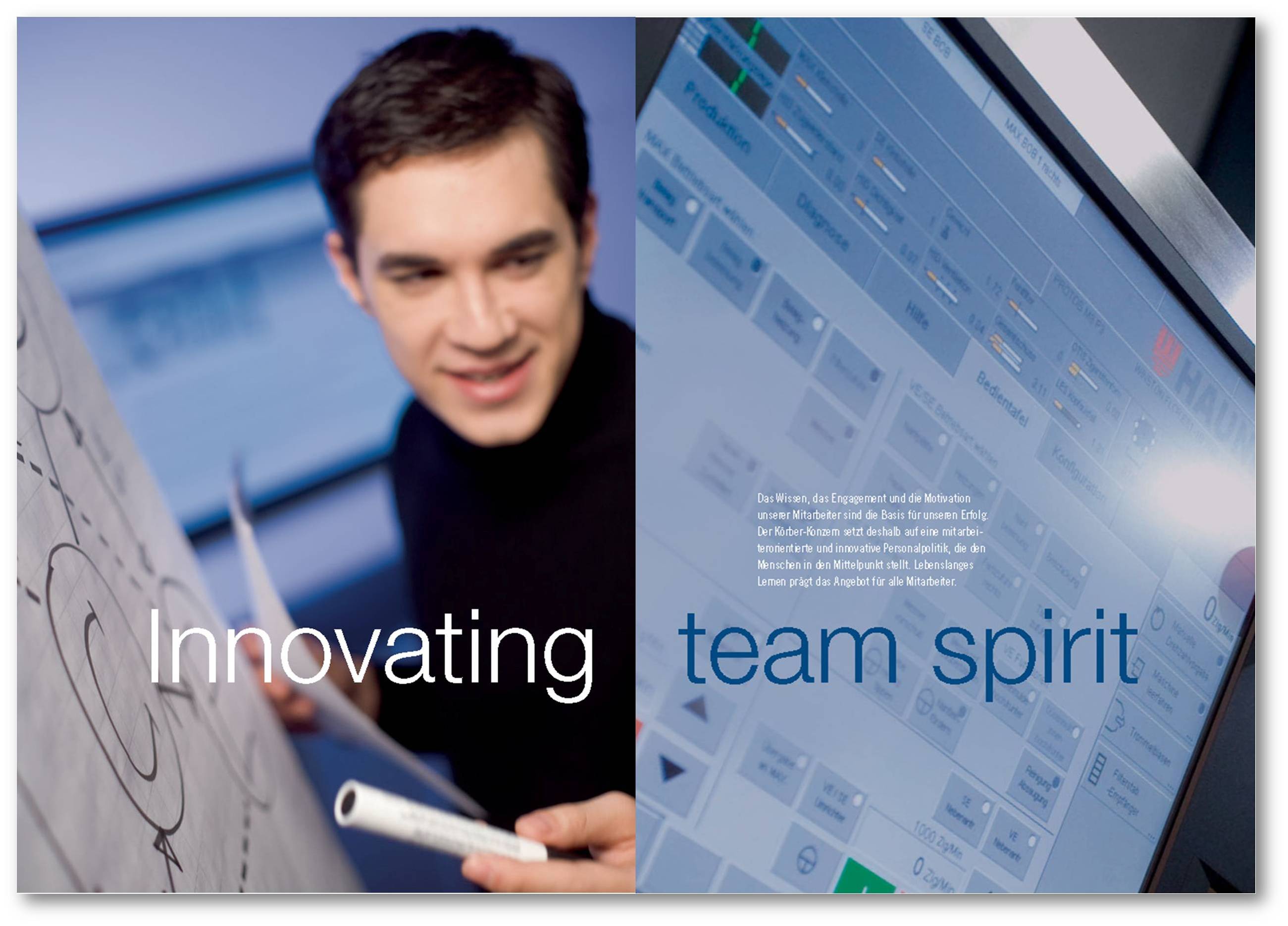 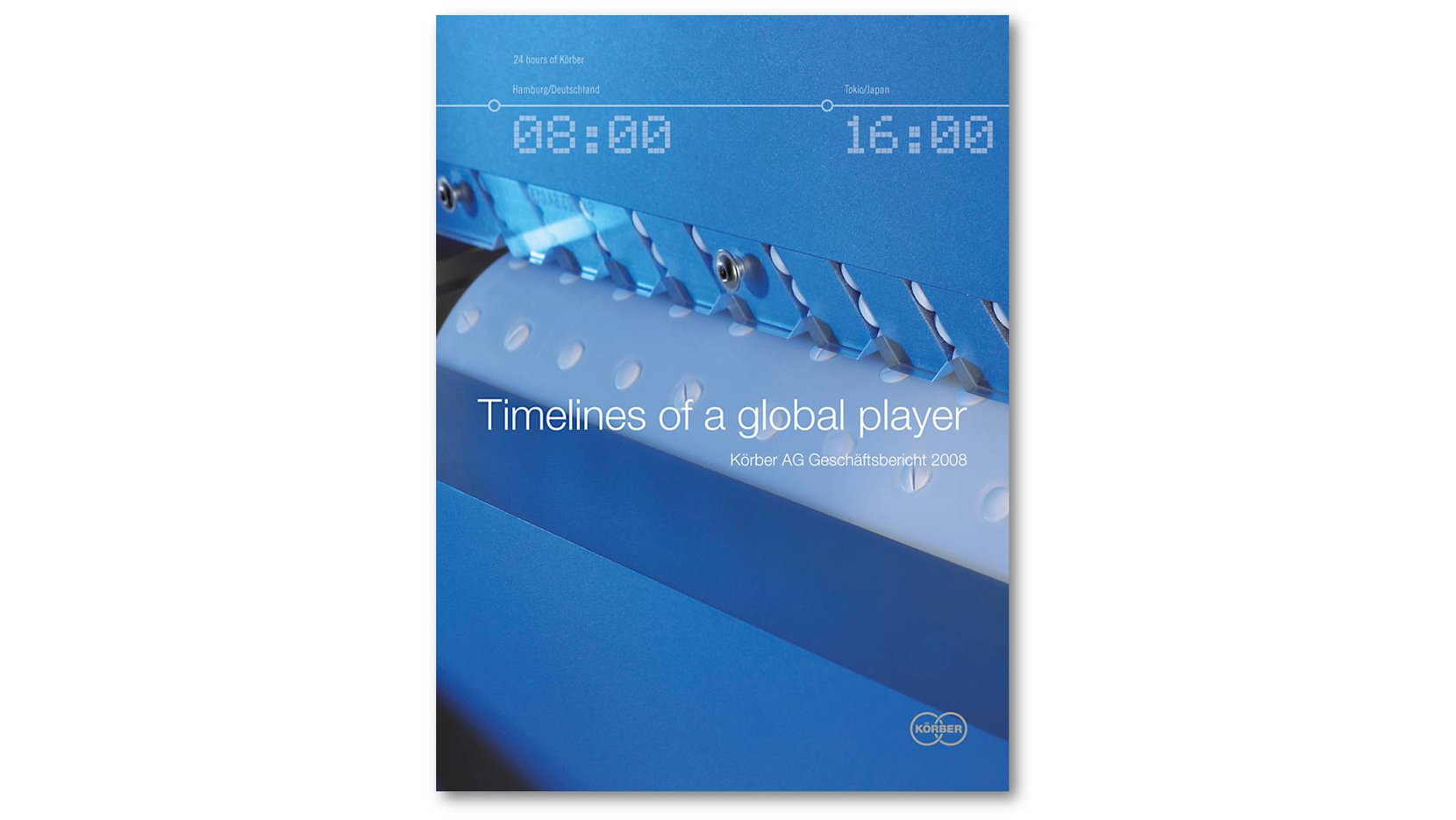 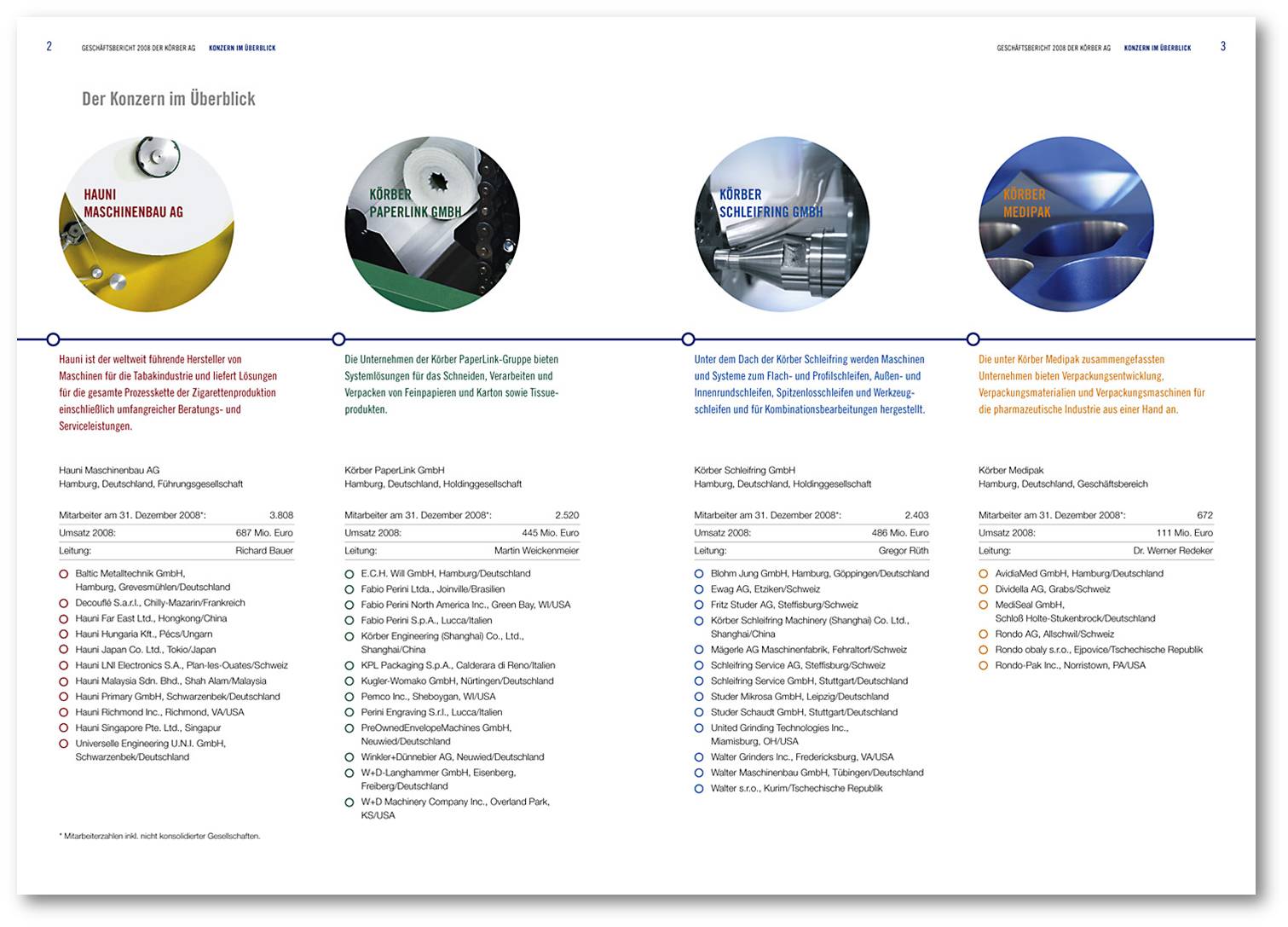 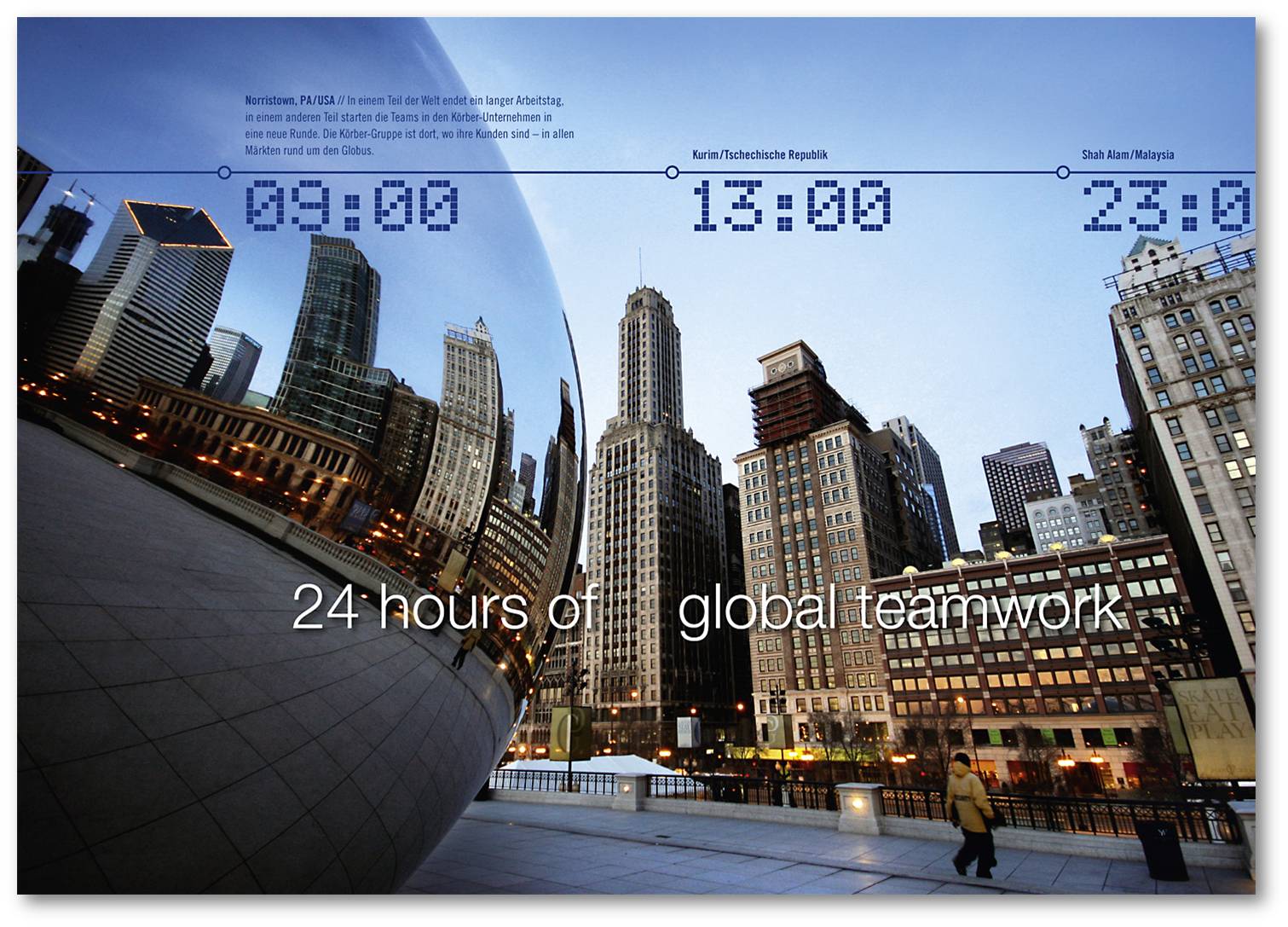 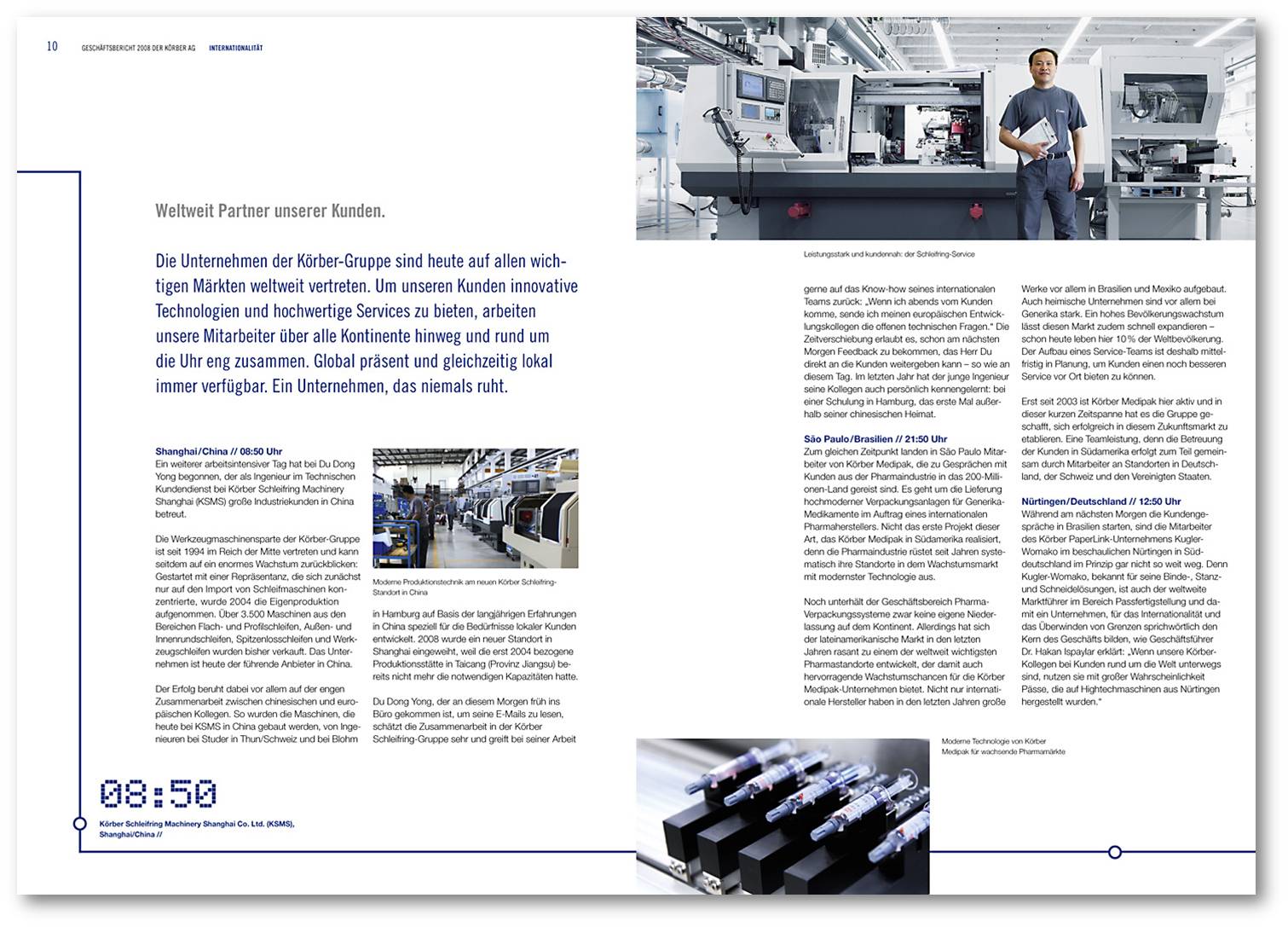 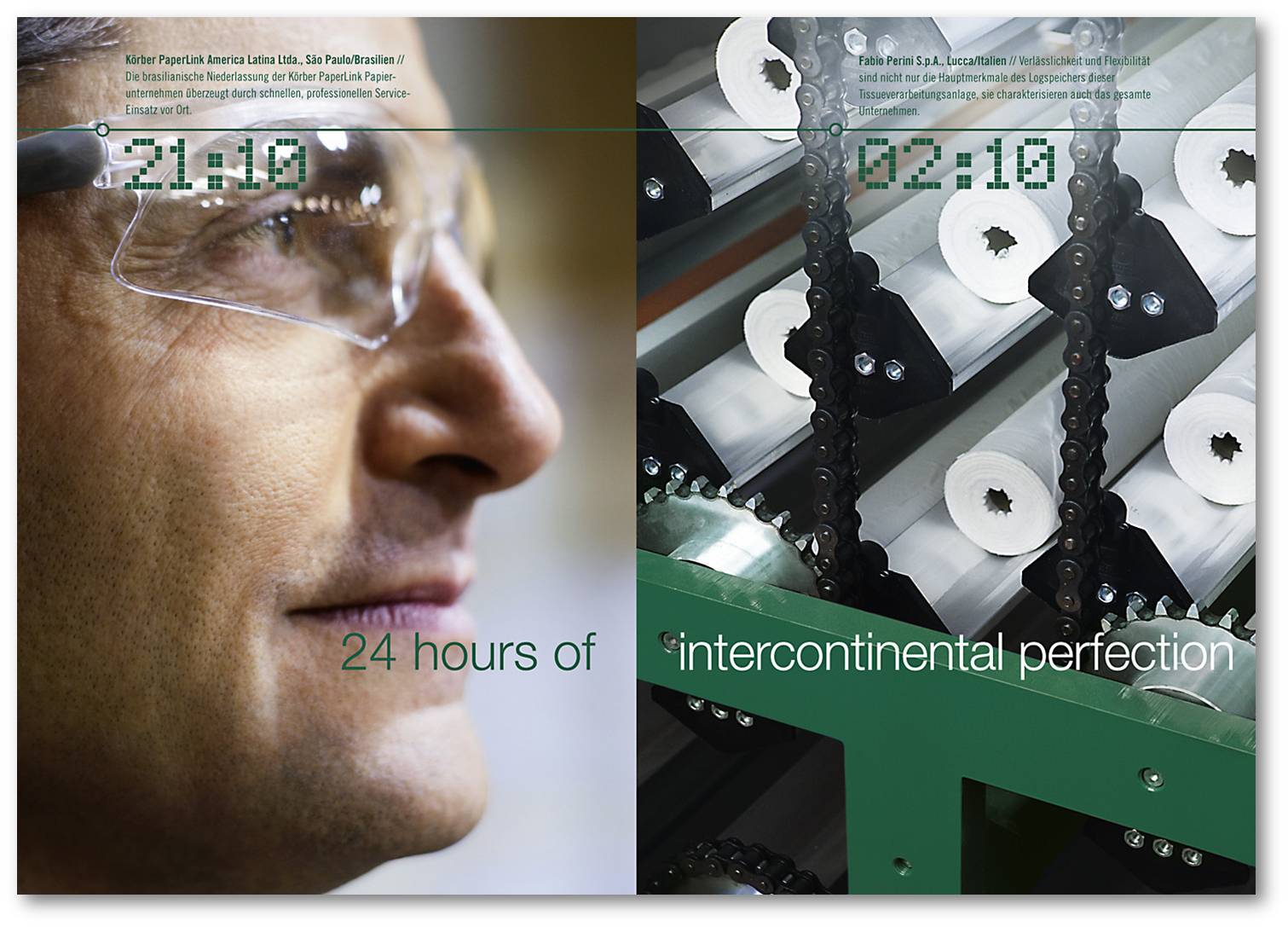 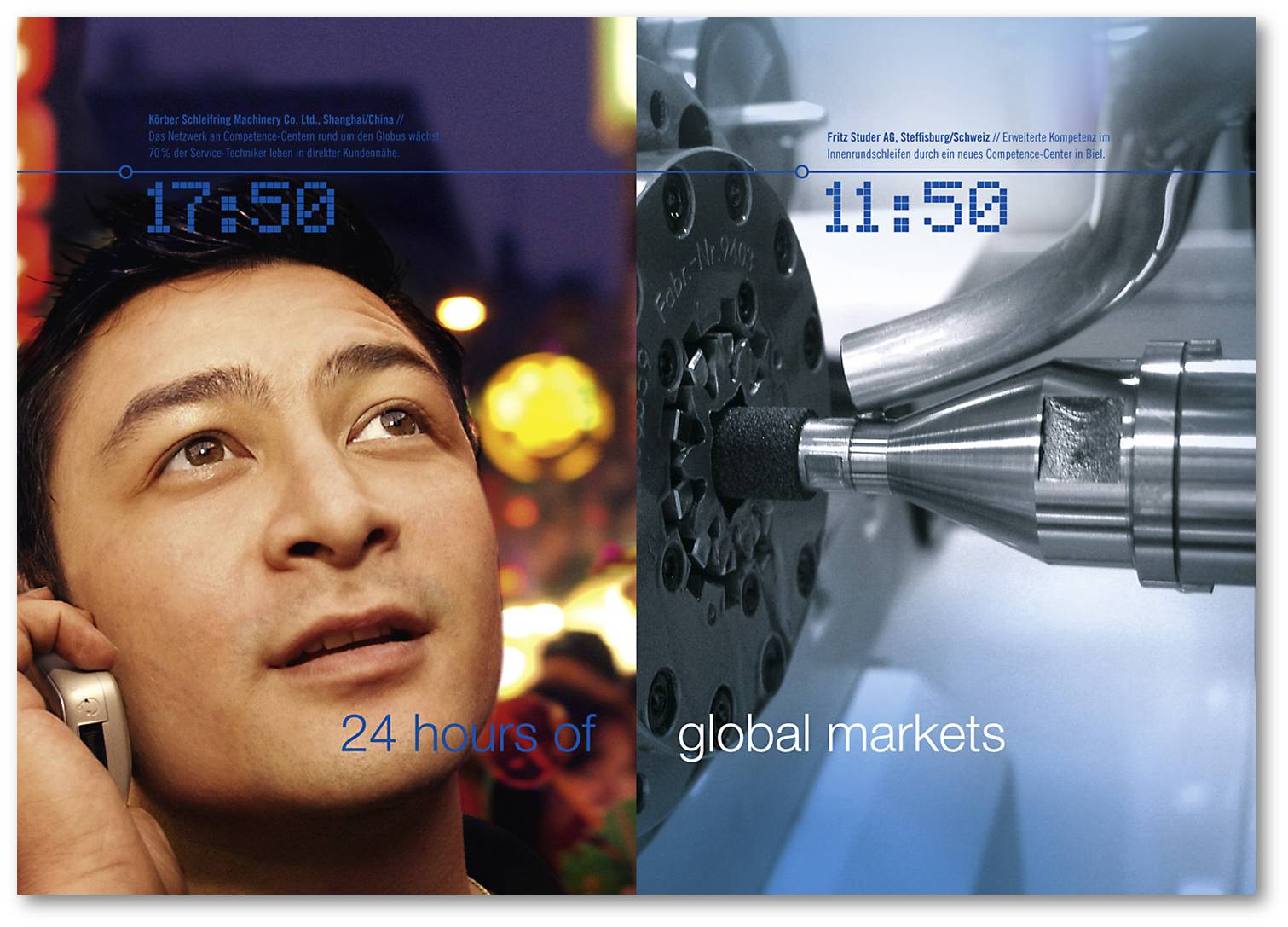 The 2008 Annual Report featured internationality as its lead topic. The structure and design are similar to the 2007 Annual Report so as to ensure a high recognition value. Körber's innovative strength is demonstrated through the company's leading global competitiveness.